The climate emergency bus is packed and on the move!

We’ve come so far in the past two years. The climate emergency campaign has suddenly swept around the world with a force that will not relent until governments act. Let’s make that action count.

The ‘climate emergency’ phrase is now used not only by school strikers and Extinction Rebellion, but also by Environmental NGOs, several countries, over 1000 local governments across 20 countries, including New York, London, Paris, Sydney and every Australian capital, state and national governments, universities, medical associations and the list goes on. All hats off to volunteer-run CEDAMIA for tracking these declarations!

But the bus is still running on diesel

Recognising the climate emergency is a crucial step to restoring a safe climate but how do declarations and public outrage turn nuts and bolts to radically reduce greenhouse gas concentrations? The public will is growing  and we have the solutions, but we don’t have the political will to ‘act like our house is on fire’.

Current impacts of global warming are unacceptable and because we have already set of multiple positive feedback loops that speed up warming (which the rose-tinted IPCC modelling fails to take into account), greenhouse gas concentrations are already way too high. As such, zero emissions targets alone are meaningless other than stepping stones to achieving ‘deeply negative emissions’ to restore safe greenhouse gas concentrations. If you still need more convincing on how fast we need to act, there’s plenty of reading available.

To restore safe levels of greenhouse gases (pre-industrial concentrations were under 300) and avoid runaway climate change or hothouse Earth, we need to:

Action has been postponed so long, decisions on how we create an immediate cooling to prevent a flip into hothouse Earth via tipping points. These decisions would be made unilaterally if we don’t get on the front foot.

Choosing a liveable future requires full-scale mobilisation, a concept from wartimes. Business as usual ceases and action is taken as though the house is on fire with all efforts focused on achieving specific results – in this case safe levels of greenhouse gas concentration while maximising the survival of our ecosystems and human lives. Mobilisation means doing everything differently to achieve something that would otherwise be impossible.

Think of the UK in WWII: they cut down fence railings and melted them for munitions, there was mass internal migration, victory gardens were established and any number of local community groups that stepped up. Rations lasted 15 years after war’s end, and so much more. This is why Winston Churchill became an unlikely poster child for the climate emergency movement. Churchill’s Tories had been hoping to negotiate a German occupation as fighting the Third Reich seemed scary, expensive and frankly like a lot of effort. It was Churchill that stood firm and helped achieve the impossible (with help from allies). The point is, governments are very slow to arrive at the inevitable where the public good is concerned. There’s more on mobilisation here.

The ambitious and needed climate emergency mobilisation targets we set will help drive R&D and innovation. The targets can’t be set based on what we think we can achieve, on what’s politically expedient (eg net zero by 2040 or 2050) but on what needs to be achieved (ie, ten years tops to net zero plus massive greenhouse gas drawdown until concentrations are safe, while acknowledging that we should have finished the job years ago for best chances at restoring a safe climate.

The original idea for climate emergency declarations at the council level is that councils would mobilise after acknowledging and declaring the climate emergency. While some local governments have shifted their approach to climate mitigation and resilience significantly, none have ‘acted like the house is on fire’.
​
Such a response would require not only channeling all ‘discretionary’ funds to resilience building and mitigation projects, but also an emergency lens across all operations. Fundamentally, everything would change – rates, roads, rubbish, planning, greenspace, verge plantings etc. Moreover, a mobilising council would put the climate emergency front and centre in every communication – banners, newsletters, etc. All this would help drive  community demands for a climate emergency response from higher levels of government. Councils don’t have the regulatory and economic levers of higher levels of government, but they do have the ability to move more swiftly and can mobilise their communities. Council and Community Action in the Climate Emergency has the guide.

Darebin Council was the first lonely dancer on the now-pumping climate emergency declaration dance floor but now we need a lonely dancer to brave the mobilisation floor.

To complicate things, there are two components to almost any government: the commanders and the bureaucracies that implement the commands. In the council climate emergency campaigns, getting the councillors on board has been the easy part but shifting the council staff, in particular CEOs, has been the stumbling block to council mobilisation. Staff are still being held to account on the old work and reprioritising requires a change management process. Fundamental change management been overlooked by most or all of the 1000-plus climate emergency councils.

Widespread societal mobilisation is downright hard. In the first World War, it took a few years for mobilisation to crank up, with many mistakes made. Postwar, the UK documented how it was done, ultimately using this to guide their mobilisation response in WWII.

A Melbourne-based parent of the global climate emergency movement, Philip Sutton, has absorbed every how-to-mobilise book and distilled them into a federal model, The Climate Emergency (Restructuring and Mobilisation) Act that takes into account both government’s commanders and doers. The Act sets up essential processes and structures for government to enact mobilisation.

We have the Mobilisation Act, we have plans for reducing greenhouse gas concentrations, but even with the ‘how to’ taken care of, federal, state, and even local governments do not have the political will to mobilise.

Needless to point out, in most countries there’s entrenched government puppetry for fossil fuels and other baddies. Mobilisation would not just impact the Coal, Gas, Oil and Native logging Axis of Evil; it would impact every single business and consumer interest – positively or negatively, with current business interests having the most to lose …. unless they’re open to fast, radical change.

A key psycho-political barrier to being the first government to mobilise is the potential indignation at paying to electrify the bus while nobody else has even bought a ticket. Why would a government use all their resources to reverse their own jurisdiction’s emissions when all the other governments are pacifying their voters with cheap conveniences, while opening new coal mines and runways?

Australian politicians spruik stats on the global insignificance of Australian emissions – about 1% of global carbon dioxide emissions. But 1% conveniently omits coal and gas exports, which double the output. The vast majority of countries also have a global responsibility of less than 1% of emissions, but together account for about 40%. Should all these countries also ride free? If the answer is yes, then let’s forget a liveable future. The Australian government also fails to acknowledge that Australia has the highest per capita emissions and that Australia, with its best mate (the US) has vetoed global drives for stronger climate action since the late 90s. Australia has been riding free for two decades.

There is no downplaying the political challenges a mobilising government in a neoliberal society will face. However, we can overcome some of the fear of being the only paying rider by understanding that strategies to build societal resilience in the face of climate impacts really do reduce or draw down emissions. For example, fixing soil carbon makes for more resilient agriculture, building microgrids can better accommodate renewables and are more resilient to the impacts of global warming, and there’s more. So framing mobilisation in terms of resilience and full employment can quell potential indignation at being the first paying rider.

Mechanisms for cranking the political wheels to full-scale mobilisation

What needs to happen for the first government to adopt full-scale mobilisation? Greta Thunberg publicly balling out the UN was a cathartic turning point, but politicians work to a depressingly low bar – they only need to look marginally better than their opponent to hold power. Frankly, all but a handful will be dragged to full-scale mobilisation kicking and screaming. We will need to put the thumbscrews on and keep them pressed.

We will need to grab all available political levers and details may vary according to electoral systems – first past the post, proportional, preferential etc.

​Here are just four levers you can help pull. Please write others in the comments below:

​
It is a huge task ahead so let’s get started. If it all sounds too hard, idealistic and unrealistic, ask yourself how else the planet will be saved, while remembering that ‘nobody is coming to save us’.
​
Quick! The house is on fire!

Bryony Edwards campaigns for a climate emergency response from all levels of government with CACE (Council and Community Action in the Climate Emergency) and Save the Planet. 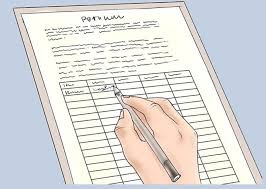 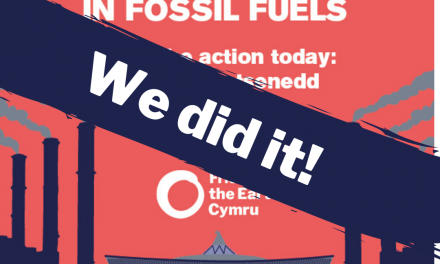